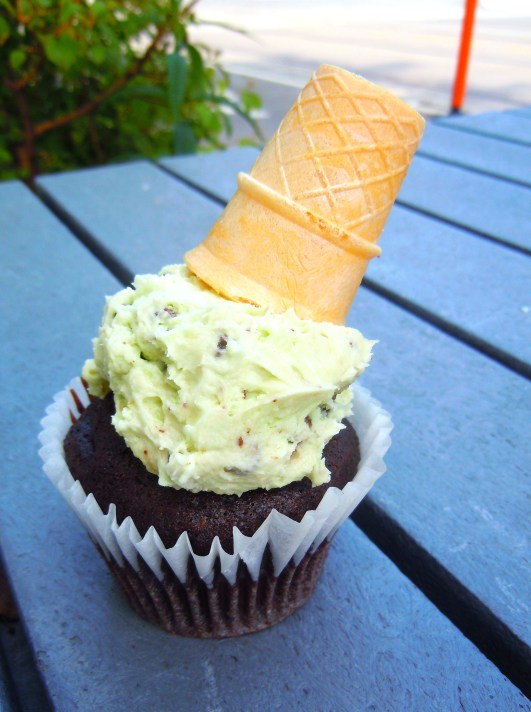 “Ice cream man, ice cream man!” *cracks front door open*  “Wait for me, I got money!” *pitter patter, pitter patter; picks up piggy bank and shakes vigorously* “Gimme back my money you PIG!”  Ah, little Michelle Tanner in the episode of Full House where she gets her very first piggy bank and then wrestles with it to get her monies out when the quintessential symbol of summer makes it trip down the street, singing its melodic, happy tune, offering the sweetest, tastiest and frosty, lickably yummy treats.

It’s summer and few things bring a smile to the masses like an ice cream truck!  Popsicles, ice cream sandwiches, sundaes, and mouthwatering soft-serve ice cream cones tantalize the tastebuds during these hot summer months.  I looove ice cream and it’s arguably one of my weaknesses.  Vanilla and chocolate swirl soft serve?  LOVE!  But when you combine ice cream inspiration with CUPCAKES?!  I am nine ways to Sunday ecstatic!  Yummy Stuff, located on Queen Street West in Parkdale just east of Roncesvalles, has done it again this summer with another knockout cupcake for the month of June. 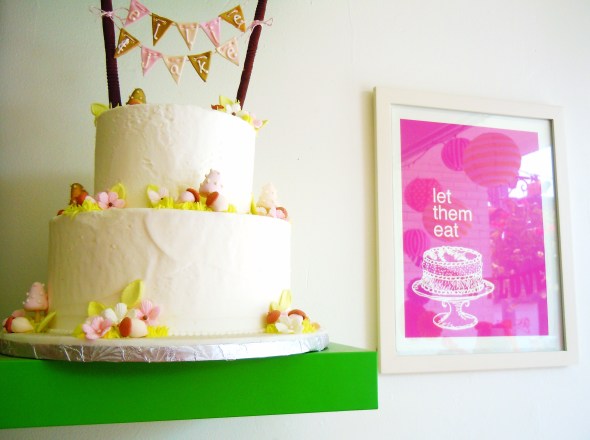 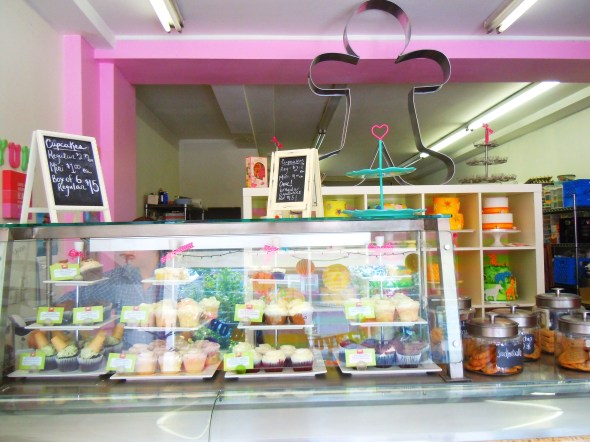 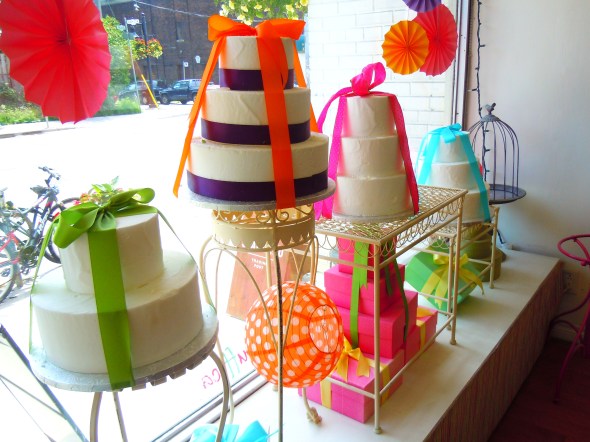 The cupcake ($2.75) is one of the best things I’ve ever tasted and it is hands down, one of the cutest and most creative.  I adore Yummy Stuff’s cupcakes and sweets and I only wish their monthly flavours were available all year-round!  It’s so much fun anticipating what flavours Morag and her team will come up with but gosh is it ever a bummer when there’s only a month-long window of time to enjoy it. 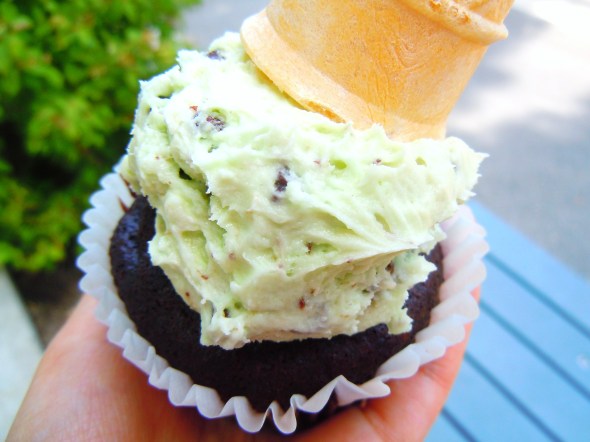 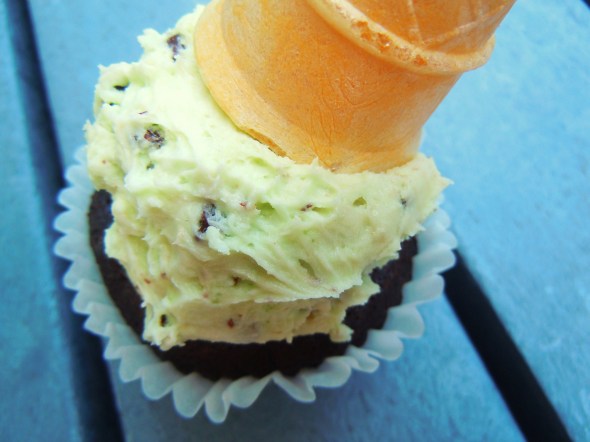 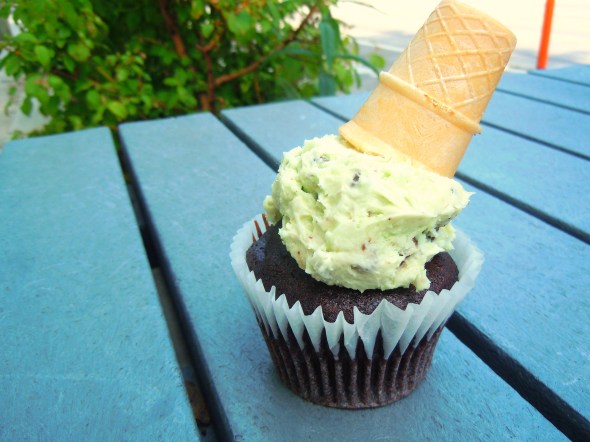 You guys have to make your way to the shop, it is an awesome cupcake and it is bang on in presentation and execution.  Their chocolate cupcakes are fabulous and this frosting is to die for.  The chocolate chips make it so fun and yummy and they totally give it some good texture and crunch.  And ME, the girl who used to hate mint chocolate and mint chocolate chip anything and everything devouring a mint chocolate chip cupcake.  It’s crazy!  I love it to pieces and I can honestly say it’s one of the best in the city.  I was “dipping” my mini ice cream cone into the frosting and inhaling the chocolate cake and it was so much fun to eat.

And speaking of making your way to the shop, folks in the east end are now lucky enough to have one in their neighbourhood!  YES, Yummy Stuff has JUST opened their 2nd location in the city and they opened their doors for business on the Danforth for the first time this past weekend!  Even though I made my visit to their Queen West location for this cupcake, I am most certainly planning a trip to the east end location some time this summer!  The 2nd location is smack dab on the Danforth at 1938 Danforth Ave., across the street from East Lynn Park and just a few blocks west of Woodbine Ave., so it’s totally walkable from the subway.  And if you want to make a fun foodie outing, head out to their new location on a Thursday when East Lynn has their farmers’ market from 3pm-7pm. 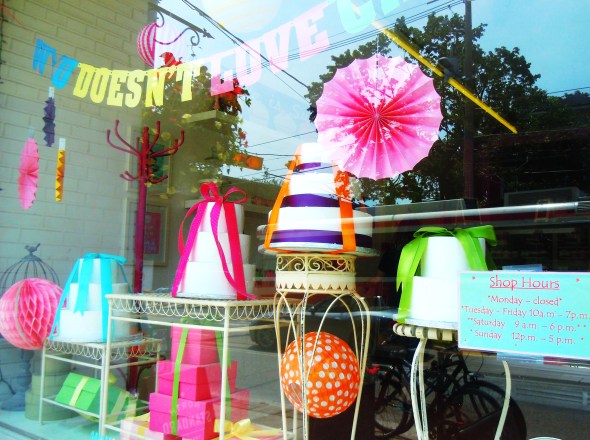 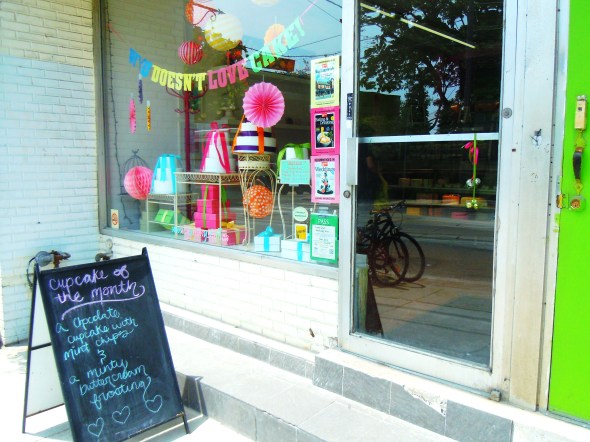 Congratulations Yummy Stuff!  All the best at the new location and keep making delicious sweets because we love them!  And if I can, I am coming back for another mint chocolate chip cupcake!

Yummy Stuff is located at 1660 Queen Street West in the west end Parkdale neighbourhood, east of Roncesvalles Ave.  They are open Tuesday-Sunday, from 10am-7pm from Tuesday-Friday, 9am-6pm on Saturdays, and 12pm noon-5pm on Sundays.  They are closed on Mondays.

Their *NEW!* 2nd location just opened up at 1938 Danforth Ave., across the street from East Lynn Park, just a few blocks west of Woodbine Ave.  Their hours at the Danforth location are 11am-7pm Tuesday-Friday, 9am-6pm Saturday and 12pm-5pm Sunday.  This location is also closed on Mondays.  Visit their official website here.