Have any of you ever felt that your to-do list, whatever it may pertain to whether it’s errands, chores, or a bucket list on life, is never-ending?  I’ve been writing this blog for nearly 4 years and I still feel so behind on everything I want to eat, photograph and write about.  I suppose that’s just the nature of blogging.  So much to do but so little time.  And money.  And, well, person.  If only I could clone myself so that I could be in multiple places at once!  That way, I could be at multiple markets at the same time, check out all the Summerlicious spots I want within that tiny 2-week window, and take advantage of festivals that happen on the same day.  How accomplished I would feel!

Case in point: when I started Ate by Ate I wanted to knock it out of the park by posting lots and lots of yummy coconut, lemon and blueberry things (coconut and lemon desserts and blueberry breakfasts for the most part) among other delights but when I look at my current catalogue of posts I think, “pft, SO not good enough.”  I was hoping to have at least 1 post on coconut cake (or pie or something), 5 on blueberry pancakes and a ballpark of around 10 on lemon cupcakes.  Cue disappointed shake of the head accompanied by tsking.  I’m getting closer to that benchmark on the lemon cupcakes front but I’m nowhere near where I want to be in the blueberry department.

So I’m, shall we say, putting pedal to the metal on this one and ramping things up a bit.  Since we’re on the topic of awesome lemon and blueberry sweets (re: my recent post on the lemon blueberry scones from Cobs Bread), I’m continuing on with a photo spotlight on the fantabulous and yummylicious blueberry lemon cupcake from one of my favourite bakeries and cupcake shops, Desmond & Beatrice!  The blueberry lemon cupcake ($2.75) is a vanilla cake studded with juicy blueberries topped with a generous amount of lemon frosting and a cute little dried blueberry.  Perfect for lemon lovers and blueberry muffin lovers who want to jazz things up cupcake-style!  If you haven’t already, check out Ate by Ate’s Cupcake Chronicles feature page on Desmond & Beatrice or enjoy some picturesque scrolling fun through all the D&B posts HERE! 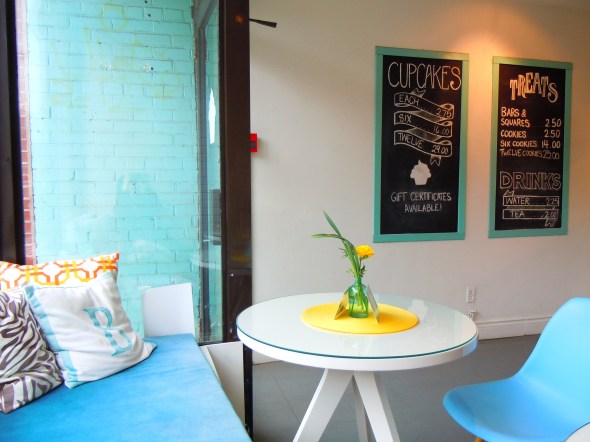 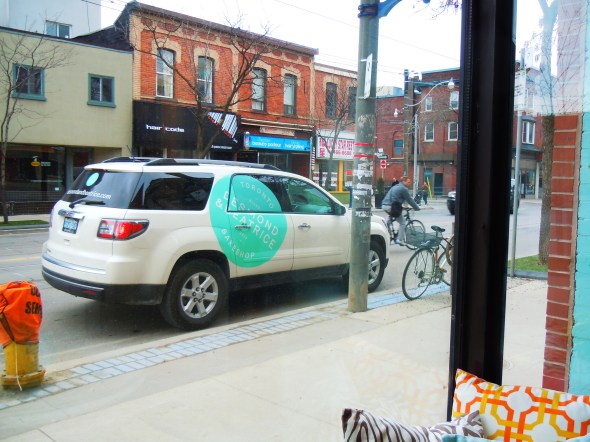 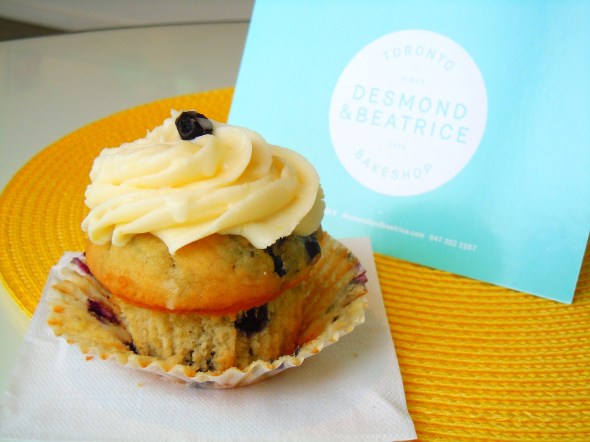 Desmond & Beatrice Bake Shop and Cupcakery is located at 750 Queen Street East, just one block east of Broadview Ave. in the Riverside District.  They are open 7 days a week from 10am-7pm.  You can visit their official website at https://desmondandbeatrice.com/ and follow them on Twitter @dandbcupcakes