Who knew a simple lunch special of salmon, avocado, and white tuna sushi rolls could breathe new life into my love of sushi?  Much like the cupcake funk and rut I was in wallowing in over the holidays, I wanted to approach my sushi story-telling from a different angle, a different standpoint.  Even after my giddiness over Ginza’s menu changes, I still felt like I needed a little more “umph” to really get my inspiration fired up again.  After over a year of posting about some of my favourite sushi bars, rolls, and dishes, I was totally reinspired this past weekend and it feels great!

My lunch at Sushi Sky started off like any other sushi lunch.  At least, I thought it would be like every other sushi lunch – but it wasn’t.  In hindsight, everything about this meal was different from what I was accustomed to (albeit unintentionally) and that’s part of the reason why it ended up being so great.  For starters, I was with my family.  Let it be known that aside from all-you-can-eat sushi places, I never go out for sit-down sushi with my entire family.  Ever.  With my mum and brother, occasionally, yes, but not with my dad in tow.  Long story short, he’s not a fan of sushi rolls so my family and I just haven’t bothered going that route.  Second, I almost always dive for the book menu and start paging through it vigorously, excitedly scoping out the different types of rolls, sets, and appetizers.  This time though, I flipped through the menu half-heartedly, almost as if there was something else seeking my attention.  And there was: Sushi Sky’s lunch specials menu. 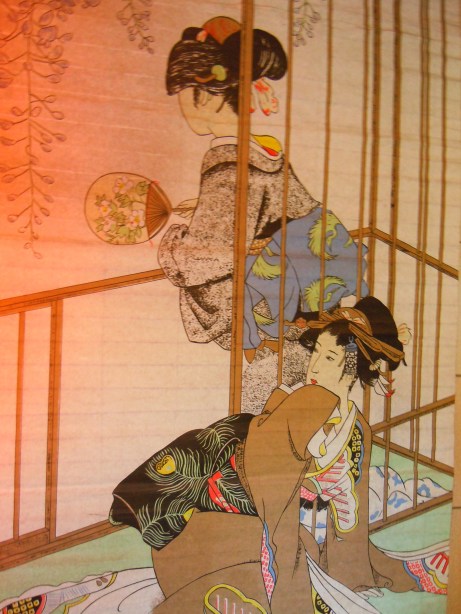 I know, I know.  The lunch specials menu at sushi restaurants often have the best deals, price-wise, so it’s odd how I don’t lunge for those menus first, yes?  Well, I have a confession to make.  Many lunch special menus have a combination of teriyaki meat items, teriyaki bento boxes, cucumber rolls, and california rolls with a few other dishes here and there and truth be told, I have avoided many lunch special menus because of that.  I dislike teriyaki, cucumber rolls, and california rolls.  I KNOW.  There are things Deb actually doesn’t like!  You can all collectively gasp now.  I’m aware that I gush on and on about the things I love on Ate by Ate, giving the impression that I simply love everything and have no dislikes.  I may embrace many foods and I may be open to trying many things I haven’t tried before, but in all honesty, these are three things I just don’t touch.

How, then, did Sushi Sky’s lunch special menu capture my attention?  It captivated me with the help of my family, that’s how.  Everyone was gazing so intently at the double-sided menu that I became curious and thought, “what is all the fuss about?”  So I looked and almost gasped when I realized what I had been missing out on during my first visit last month.  Split into two pricing categories ($4.99 specials and $6.99 specials), there were the standard teriyaki items and california rolls, yes, but it was the other menu options that had completely bypassed me the previous time. 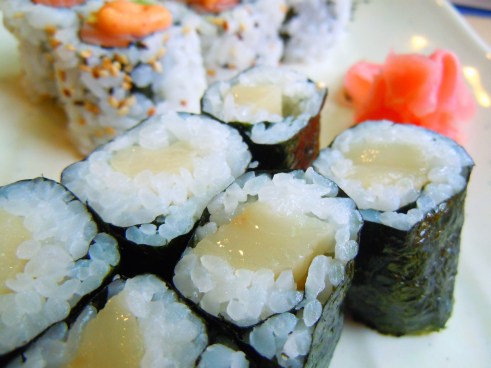 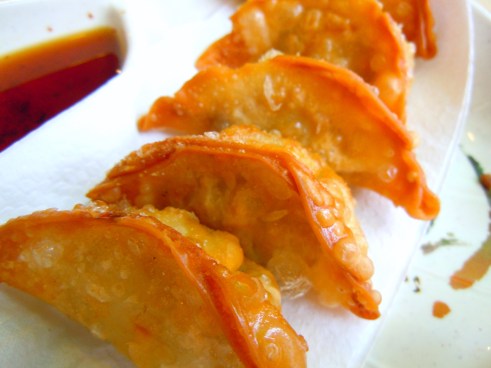 Yummies from my first visit!

END_OF_DOCUMENT_TOKEN_TO_BE_REPLACED

As foodies, we go through a lot of different experiences, changes, and revelations throughout our lifetime.  We develop passions, aversions, allergies, and everything in between, all the while gaining knowledge and inspiration from every meal and bite we have and take.  With that train of thought in mind, I pose a question: have you ever been through the experience of enjoying a place okay during the first go-around, only to find that you end up loving it even more the second time?  That, suddenly, you feel like you’re able to appreciate things in a different capacity and see things through a different lens?  This was my experience with Sushi Sky and I feel like I’ve been completely reinspired.  So inspired, in fact, that I’m starting a new sushi subseries completely devoted to great lunch specials!  Oh, and so inspired that I’ve given my brother a new nickname because he helped in this newfound inspiration – details to follow in tomorrow’s write-up.

With so many sushi bars and all-you-can-eats in Toronto and Markham, my sushi journey that began nearly 5 years ago has been nothing short of delicious and knowledge-enhancing!  However, it’s because of the sheer volume of choices that makes it just as difficult to weed out the amazingly fabulous from the great to the decent to the terrible.  When you find something that works, you come back to it over and over again and when you find something not-so-great, you chalk it up to a learning experience and move on.  The Sushi Shop may be the great sushi love of my life in the city with Ginza sitting comfortably in second, but I’ve found so many wonderful places that have so much great food to offer that I feel like I have favourite things from every place I’ve been to so far.  There are hidden gems just waiting to be discovered (and eaten!) at Sushi Sky and I can’t wait to tell you all about them in tomorrow’s write-up.  Here’s a photo sneak peek of tomorrow’s Sushi Sky post! 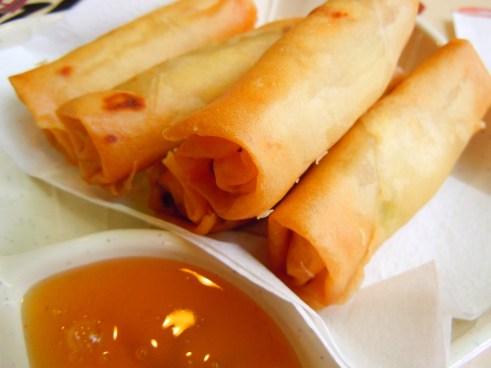 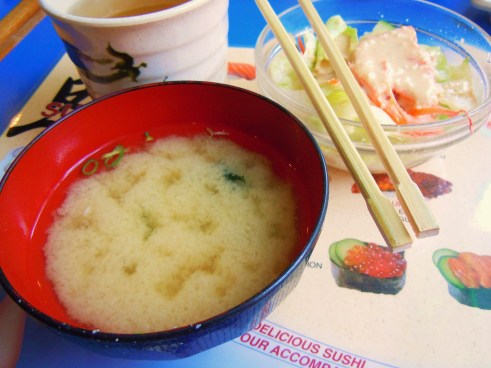 Sushi Sky is located at 478 Yonge Street in downtown Toroto, just north of College Street on the west side of Yonge.  They are open 7 days a week for both lunch and dinner from 11:30am-11pm Monday-Saturday and from 12pm noon-11pm on Sundays.