Happy long weekend to my fellow Ontarioans!  I know it’s drawing to a close as we speak (t-minus 1 hour and 15 minutes right now) so I hope everyone was able to do something fun or at the very least catch up on some sleep!  While the weekend itself was low-key for me, I celebrated Valentine’s on Friday in style with a morning frolic to Desmond & Beatrice for lots of yummy Valentine’s sweets and treats!  The shop was adorably decorated with paper chain hearts in the windows and a smattering of Valentine’s sprinkles, candies and colours on their cookies and cupcakes. 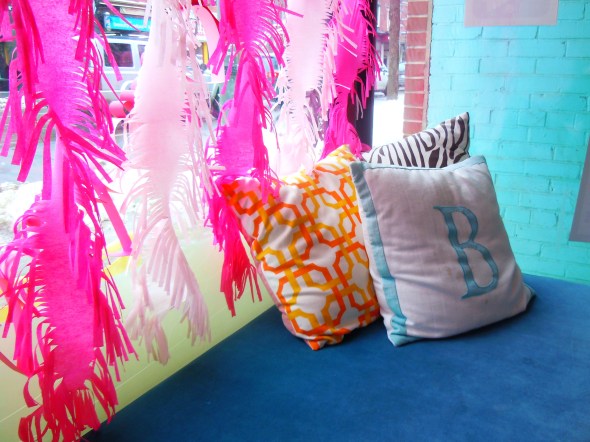 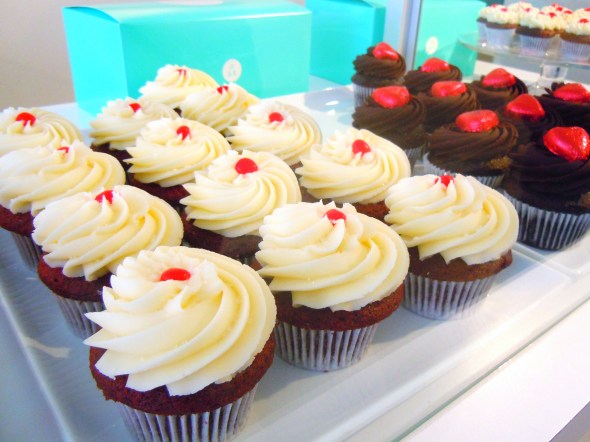 It was such a happy visit: photo snapping, inhaling a mini red velvet cupcake, finally meeting D&B owner, Amanda, in person *waves* and walking out with a big box of Valentine’s treats to take home.  In my box were two sugar cookie hearts, two cookies n’ cream cookies, a giant brownie, a Kiss Me black and white vanilla on chocolate cupcake with heart sprinkles and a Sugar Lips cinnamon sugar cupcake.  With the exception of the brownie which I bought exclusively for my dad and brother (they’re chocoholics), I tried some of everything and while I loved it all and drool at the mere thought of it all (I dunked my sugar cookie hearts in almond milk and just thinking about it makes me wiggle with glee), the happiest surprise for me was the Sugar Lips cinnamon sugar cupcake!

Now, I really like cinnamon (especially apple cinnamon, cinnamon toast cereal, and snickerdoodle cookies) but let it be known that I don’t enjoy cinnamon buns, one of the most popular cinnamon desserts and baked goods on the planet (no, I’m not crazy!) so for me, picking the cinnamon sugar cupcake was a toss-up.  I wanted to try something I wouldn’t normally be able to try (part of me really wanted the cute Message Me vanilla on vanilla cupcake but I convinced myself not to since I already had vanilla frosting on the Kiss Me one and the Love of Mayan one called out to me as well with its uniqueness but I decided against it in the end) but hemmed and hawwed over the thought of it being like a cinnamon bun.  I’m so happy I ended up choosing it because it tasted just like a cinnamon coffee cake with the best sweet and creamy cinnamon sugar frosting ever.

I’m ecstatic that I got to visit them on Valentine’s and enjoy so many of the yummy sweets they had on hand for the day because truthfully, I had been eyeing their menu online for weeks and promised myself that I would make every effort to make it to the shop on that day so I could celebrate and take photos for you guys.  Happy belated Valentine’s!

Desmond & Beatrice Bake Shop and Cupcakery is located at 750 Queen Street East, just one block east of Broadview Ave. in the Riverside District.  They are open 7 days a week from 10am-7pm.  You can visit their official website at https://desmondandbeatrice.com/ and follow them on Twitter @dandbcupcakes