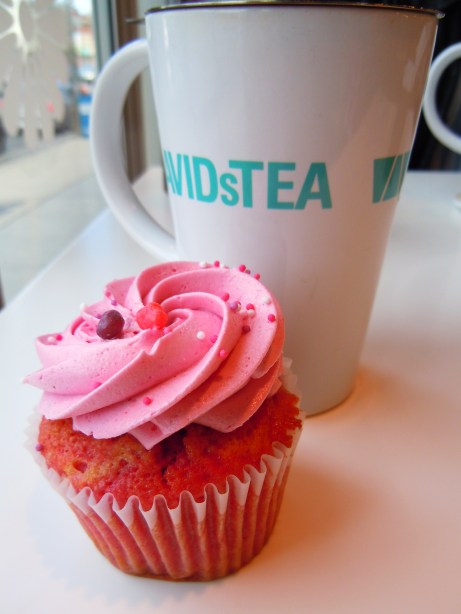 I love pink.  Not quite as much as I used to, but the bubblegum shade still occupies a soft spot in my heart.  At one point in my life for a span of about 5 years, my middle school friend, Ella, and I were known as the Pink Monsters.  We wrote on pink stationery.  We used pink construction paper to make cards.  We chose pink for everything.  And our friends would gift us cute trinkets “because they were pink”.  I even dedicated an entire page in my high school memory scrapbook to stationery and magazine cut-outs that were pink-themed.  It was bad.  This obsession never extended to food (with the exception of cotton candy, there isn’t much to work with!), but if we’re talking about a treat that fits the bill for a pink lover at any age, The Cupcake Shoppe’s “Pretty in Pink” takes the cake – literally.

For every person out there who loves, and I mean LOVES pink, this cupcake is for you!  Not only is The Cupcake Shoppe‘s sweet and sassy “Pretty in Pink” cupcake ($2.65) outfitted with the most delectable, soft, whippy swirl of fruity raspberry buttercream, it’s also dressed in a yummy psychedelic pattern of raspberry and vanilla cake!  This cupcake is pure specialness.  While some cupcakeries will do a vanilla or chocolate cupcake with raspberry buttercream and/or frosting to go on top, few – if any – do raspberry for both the frosting and the cake. 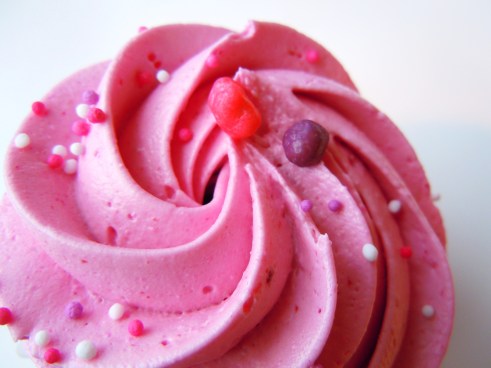 Off the top of my head, I know Short & Sweet does a raspberry filling for their Ooh La La red velvet and a raspberry frosting on their Lemon Drop cupcake, Mabel’s Bakery does a raspberry frosting on vanilla and chocolate at both of their west end locations (one on Roncesvalles and the other on Queen West), Dessert Lady does a mean raspberry cocoa, and Prairie Girl Bakery dishes out a gorgeous mango raspberry every once in awhile on their rotating Treats of the Week menu!  Raspberry is definitely a flavour I look forward to having (anything berry is fab in my book!) and lucky for me, The Cupcake Shoppe doubles up for one heck of a great cupcake.  The raspberry flavour in both the cake and frosting pack a punch and you get a balance of both sweetness and tartness.  I wasn’t anticipating loving it as much as I did, but I do.  Eating cupcakes should always be enjoyable, but we know there are ones that we enjoy eating just a litte bit more and this falls under that category.  I LOVED IT.  It’s one of the prettiest cupcakes to look at and it’s definitely one of The Cupcake Shoppe’s best. 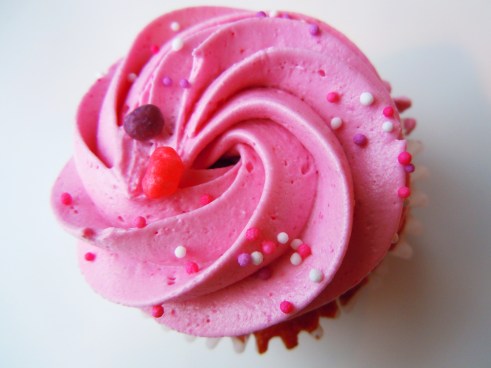 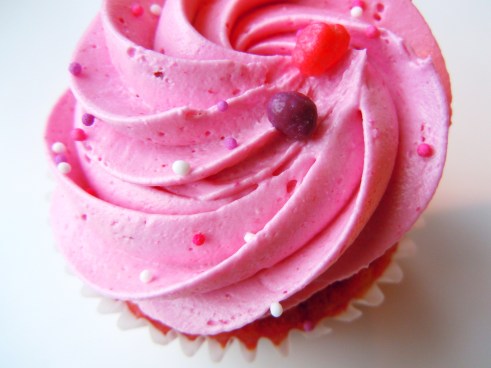 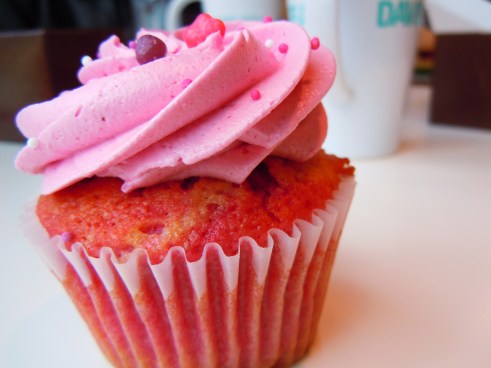 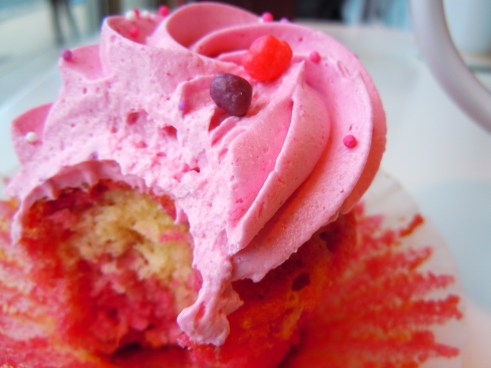 The Cupcake Shoppe is located in the Yonge and Eglinton neighbourhood at 2417 Yonge St., north of Eglinton on the east side of Yonge St.  They have a rotating menu of cupcake flavours each day and each cupcake is priced at $2.65.  For more Cupcake Shoppe goodness on Ate by Ate, click HERE!  There are write-ups, scrapbook layouts, and tons of photos on The Cupcake Shoppe’s following flavours: Cookie Dough, Eh? (maple), Lemon Drop & Lov’n Lemon (the first one is one of the most amazing lemon cupcakes you will ever eat and the latter, not so much), Red Velvet, Naughty n’ Spice (fall seasonal), and After Ate (mint chocolate).