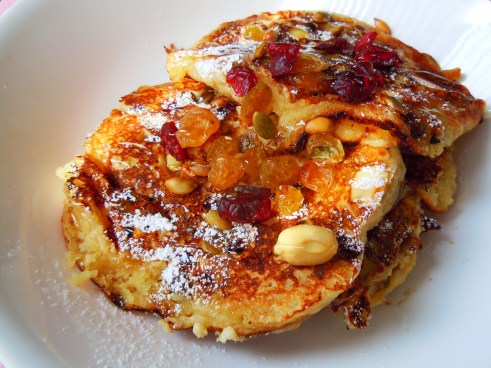 I have a confession to make: I completely forgot about Mardi Gras this year until it was too late.  And by “too late” I mean yesterday when I saw celebratory parade footage from New Orleans on the news and let out a “D’OH!” when I came to the sinking realization that Mardi Gras would completely pass me by.  Forget planning out a fabulous Cajun meal or a few dedicated posts – there wasn’t even time to prance around in my cheeky Mardi Gras bead necklaces!  That’s right, y’all – holiday, seasonal, and special occasion obsessed Deb has finally missed out on a foodie holiday.  How shameful of me!  I feel even worse knowing I had made notes to myself about possible Mardi Gras related posts for 2012 last year after I had written this post! 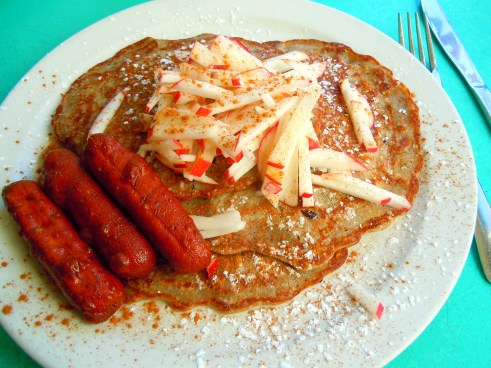 I remember being so excited about finding more Cajun and Creole places in the city, finding king cake recipes and places in the city that sold it (which is no easy task!), and just enjoying southern, New Orleans cuisine in the form of jambalaya, gumbo, hush puppies, and beignets.  I have every intention of coming through with these goodies at some point (there is no way I am missing out two years in a row!), but for those who are interested in engaging in some Southern feasting, Southern Accent (595 Markham St. in Mirvish Village), Blue Bay Cafe (2243 Dundas Street West in Roncesvalles Village), and Big Daddy’s Crab Shack (212 King Street in the Entertainment District downtown) are all popular places to get your Cajun food fix with amazing atmosphere and decor to boot!

I think I was so caught up in Chinese New Year and Valentine’s that Mardi Gras didn’t even occur to me until it was too late.  All is not lost though.  Mardi Gras (or Fat Tuesday/Shrove Tuesday) is also celebrated as the day of pancakes!  I saw Foodimentary‘s post on my Freshly Pressed homepage and thought the Mardi Gras foodie facts were cute, so in honour of this traditionally gluttonous day of indulgence I have a generous stack of pancakes for today, previously featured on the blog.  We have dried fruit, pumpkin seeds, and nuts with honey, apple cinnamon buckwheat from Sadie’s Diner, golden banana, and fruity tutti strawberry and blueberry with almonds.  The spread might not be the Southern feast I had hoped for this year, but it’s an ode to a much celebrated day worldwide nonetheless.  Happy Mardi Gras and Pancake Tuesday! 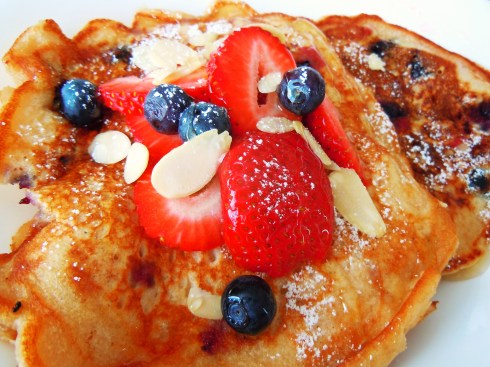 2 thoughts on “A Day of Gluttony and Indulgence – A Stack of Pancakes for Mardi Gras and Pancake Tuesday!”