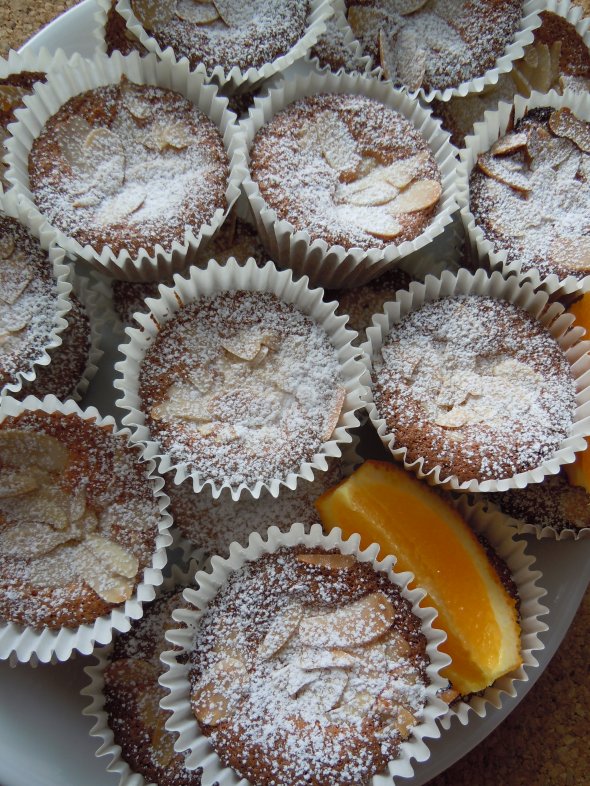 After deciding several days prior that we were going to bake some surprise cupcakes for my grandparents and relatives, my mum and I baked up a storm Saturday morning – 4 dozen cupcakes in less than 2 hours, baby! 😀  After my first cupcake heartbreak and disaster, I was determined to kick some serious butt.  I was in excited conniptions for days, anxiously awaiting to redeem myself – and to just whip out the mixer and measuring cups.  Some famous chefs hate baking.  I love it.  Methodically measuring and sifting and spooning batter is surprisingly soothing and calming.  Not to mention it challenges you – to simultaneously be creative and precise at the same time.

After a quickie trip to Bulk Barn last Thursday to nab a few extra things, I had everything I needed to whip up 48 cupcakes.  First up on the list: Almond Orange Cupcakes!!  They are so awesome that they deserve capitalization.  I’ll most likely adjust how long they’re in the oven the next time I bake them (I’ll take them out a few minutes earlier, I think), but oh man are these ever AMAZING.  The texture is fantastic with the crunch of almonds and the insides have larger air pockets which make for an airier cupcake.  And the smell of orange zest and toasted almonds is divine, oh my lord.  My brother loved them, my cousin loved them, and my grandma gasped at how fan-freakin’-tastic (my words, not hers, ha!) they smelled when she opened the container we gave her.  I think I redeemed myself just fine with these.  As the Gain laundry detergent commerical says, sniff sniff hooray! 😀 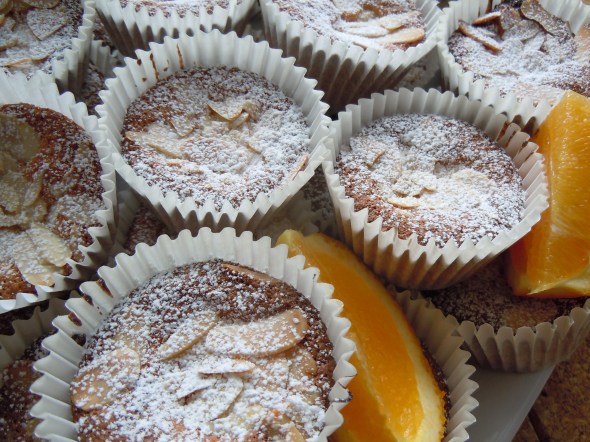 Recipe taken from Cupcakes by Susannah Blake, 2007.  Photographs taken by me.